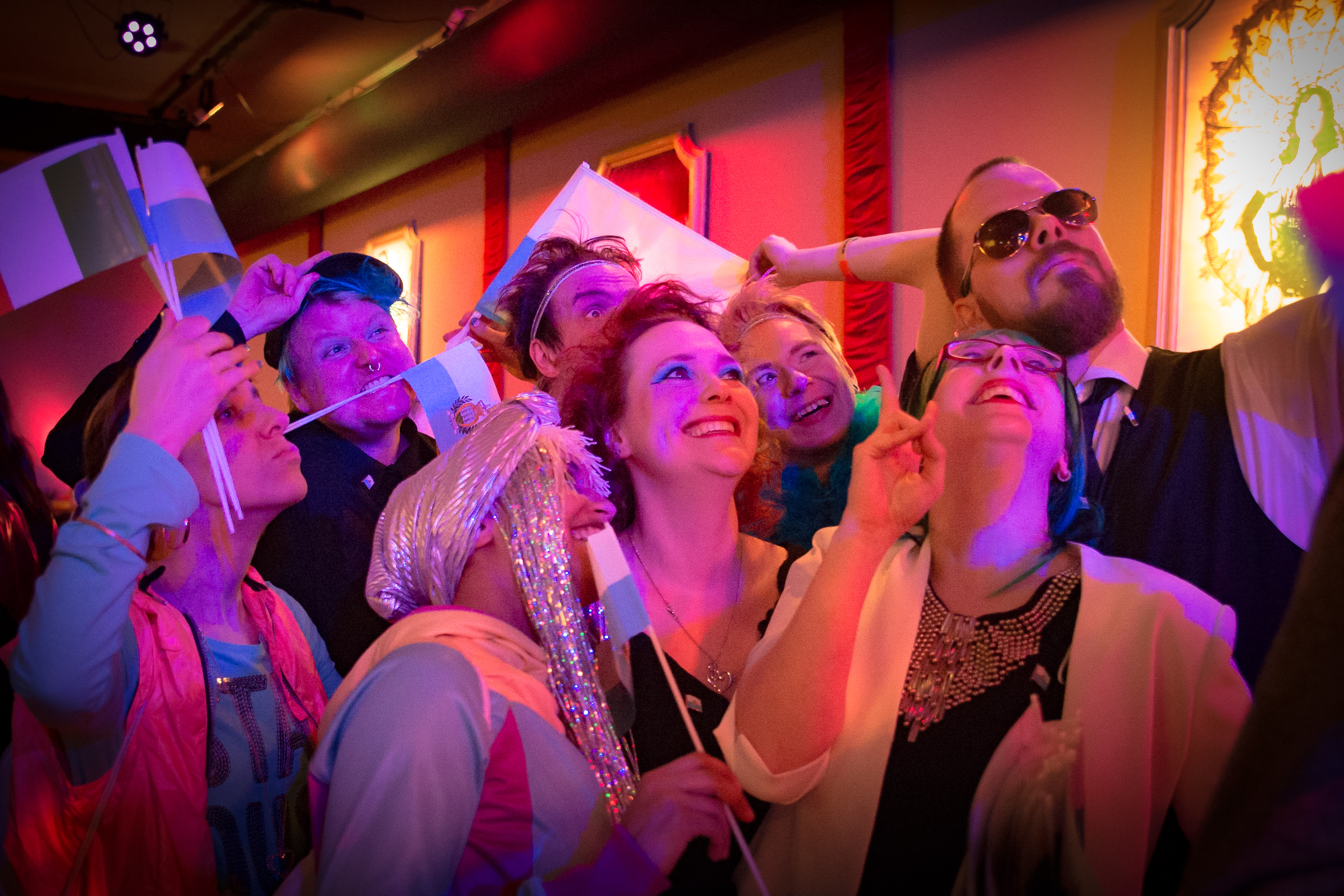 Every story, whether it’s immersive theater, a film or a book, is constructed from the triangle consisting of character (who), plot (what) and setting (where). Or, to put it in the form of a question: Who does what with whom and where? Each of these factors has an irrevocable influence on the others: a story about espionage (what) has an effect on your setting and the characters walking around in it. In the same way, a setting such as EuroSing affects the expectations of our audience for the weekend.

An event like EuroSing comes with a whole lot of connotations. For example, it has a unique, very specific atmosphere. Our aim was to have that same atmosphere of acceptance and diversity at our event. Furthermore, of course, EuroSing is a competition, which entails a whole set of specific challenges. If our goal is to give everyone a feeling of positivity, how does that work in the context of a competition?

After extensive brainstorming, we came up with a two-fold solution, inspired on the one hand by competitions such as 48H Film and Project Runway, and on the other hand by the Eurovision Song Contest itself. In 48H Film and Project Runway, a lot of the satisfaction for the participants comes from being able to achieve something in a short period of time. Working together under pressure is bonding. If we had our participants make their own act during the weekend, everyone could be proud of having pulled together something creative in such a short time. Naturally, there would be a winner, but that was no longer the sole aim – finishing something was the primary aim after all. But what to do about the winner, then?

For this, we looked at the Eurovision Song Contest, which has an image (well-deserved) of political voting and neighbouring countries that help each other out (or not). Introducing this element into our event took even more of the pressure off the act. It also gave us the space to introduce the connection and diversity story element (more of that in a later blog post).

In this way, we hoped that the pleasure of creating something together and the associated story of connection would take priority over the competition aspect. That it would be great to win, but that in particular, the pride of ‘we’ve achieved this together’ and the message of the story would provide the principal overtone for the participants’ experience. No easy task! We knew that we would need a series of good initiatives to make this clear for our participants, and to create an emotionally safe environment.

We quickly came up with a list of aspects that could help us in this: the look and feel of our website, the information flow prior to the event, the location, the central story, the characters, the coaches, and our own, vulnerable opening act.

More about this in our next blog: Setting the Tone and Getting Started.