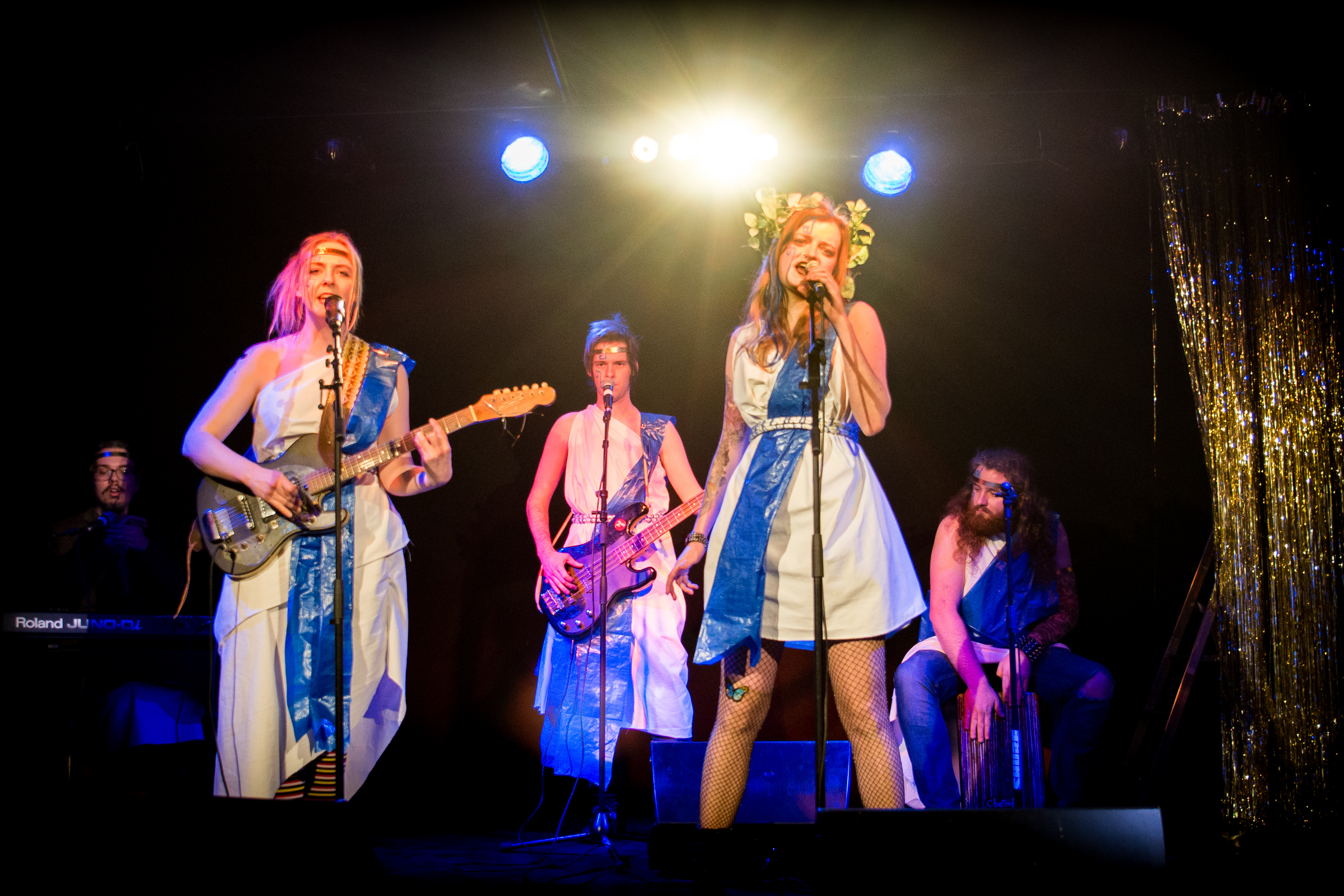 Great stories have a profound effect on you. A film or book can be compelling, gripping or moving. During a play, you go along with the story and you believe in the world that the actors create on the stage. It’s about immersing yourself, letting go, and then emerging again, renewed. Nowhere is this experience so central as in immersive theatre. In prose, poetry or on the screen, you can identify with the main character. In immersive theatre, you are the main character in a story that you create together with others. This combination of collaboration and illusion is extremely interesting.

At Rise Events, we enjoy challenges. Over the past 12 years, we’ve organised dozens of small-scale events at the interface between immersive theatre, improvisational theatre, live-action roleplay and alternative reality games. Together we build cinematic worlds and challenge ourselves and our public to find the limits in what we can, and dare to do. We’re always looking for ways to grow and to create an even more positive, impressive or uniting event, in order to get the best out of the unique art form that is immersive theatre.

At around Christmas-time in 2016, we (Camilla, Olga and Arnout, the core Rise Events team) discussed our dreams and goals for the coming year. We mostly do that while out for a walk, or, as on this occasion, during a long car drive. We had created two Victorian-themed events that year, which had both given us unforgettable experiences and taught us valuable lessons. We were already planning a new Victorian event for the summer of 2017. However, we also wanted to challenge ourselves by creating an event in a different form, and with a different atmosphere and audience. We were curious about whether our stories would appeal to an audience from abroad, and if we could meet and engage with new, like-minded people. We wanted to create something positive, something that would give people a good feeling that they would hopefully carry away with them after the event. And above all, it had to be creative; we not only wanted to give our audience the space to express themselves creatively, but also to support them in doing so, in as professional a manner as possible. We always like to go that extra step further, because we feel the coöperation between the organisation and the audience is worth it.

An idea that Olga had toyed around with combined all of our wishes: our own version of a fabulous song contest. And thus EuroSing was born. A musical phenomenon of diversity, creativity and glitter. Exactly what we were going to do, and how, was still unclear, even to us. But the setting and the possibilities enchanted us from the start.

Next: Evolving the idea to a concept